Congrats on taking the time to do your research. Here is a brief summary of Paul Mampilly.

I’ve seen several Paul Mampilly reviews straight out, claiming he is a scam artist.  The word scam and scam artist gets thrown around loosely nowadays about anything. But I will always give it to you straight.

Who is Paul Mampilly?

We are going a little off-script here.  I typically like to focus mainly on products or services.   But his name is being tossed around and is pretty popular right now. Specifically, people trying to figure out who he is and what he does.

Because we are curious creatures.

Regardless the main purpose of imreviews.co is to make you aware. No matter if the opportunity, person, service, or software is real, a scam, or just right out sketchy.

So right off the bat, he is a real live person. Thank you for coming good night… no, but seriously. Unfortunately, there is no Paul Mampilly wiki available. But I was able to get this blurb about him on Bloomberg.com:

Mr. Paul Mampilly is a Senior Editor at Banyan Hill Publishing. He is the founder of the newsletter Profits Unlimited to guide subscribers into stocks that are primed to shoot higher. In addition to this, Mr. Mampilly also manages two trading services, Extreme Fortunes and True Momentum; and writes a weekly column for the firm’s newsletter, Winning Investor Daily. He joined the firm in 2016. Mr. Mampilly currently specializes in helping Main Street Americans find wealth in growth investing, technology, small-cap stocks and special opportunities. Earlier, he was an Editor of Professional Speculator at Stansberry Research LLC from February 2015 to December 2015. Prior to this, Mr. Mampilly served as a Managing Director, Co-Portfolio Manager and a Member of the Portfolio Management Team at Kinetics Asset Management LLC. Before that, he founded The Capuchin Group, where he served as an Author, Editor, and Publisher from October 2003 to July 2006. In the past, Mr. Mampilly served as a Money Manager at the Royal Bank of Scotland, Sears, and a private Swiss bank. Prior to this, he rose to positions managing multimillion dollar accounts at Deutsche Bank and ING. Mr. Mampilly also worked as an Analyst at Deutsche Asset Management. He started his career in 1991 as an Assistant Portfolio Manager at Bankers Trust. Mr. Mampilly is a former Wall Street insider, American investor and former hedge fund manager with over 25 years of experience in the investment world. His clients included European aristocracy, the Templeton Foundation, Swiss private banks and Fortune 500 companies. As a long-term investor, Mr. Mampilly has keen interest in the stock market, and is a master at pinpointing small companies with innovative business models and products. He has also shared his knowledge with thousands of people as a Hedge-Fund Consultant and Financial Advisory Editor. Mr. Mampilly retired at the age of 42. He has featured on CNBC, Fox Business News, Bloomberg TV, Kiplingers, Hedge Fund Intelligence, Reuters and on Fox News. Mr. Mampilly won the Templeton Foundation Investment Competition in 2008 to 2009, getting first place for $50 million portfolio. He received his MBA from Fordham University in New York in 1996. 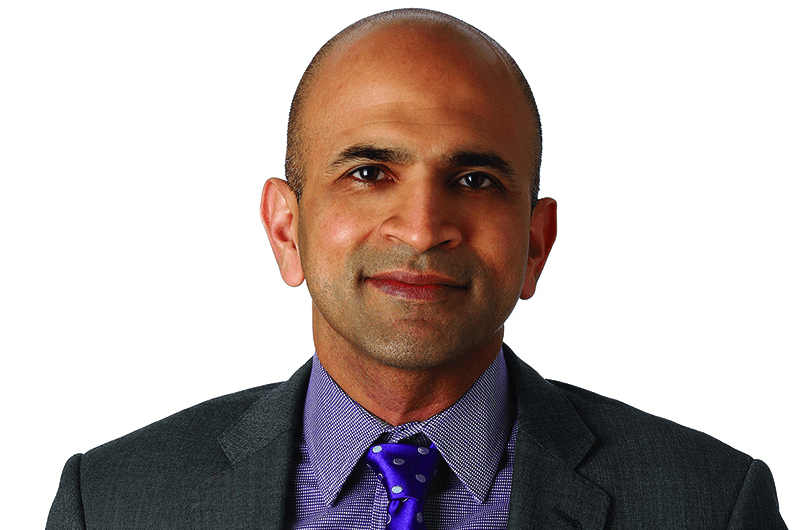 I’m sure you took the time to read that.

Let me give you the barebones version.  From a 40,000 foot view, he’s a former hedge fund manager with over 25 years of experience. During his career on Wall Street, he managed billion’s dollars of investments.

At 42, Paul decided to “retire” from wall street and venture out on his own.  He was fed up with being on Wall Street and not helping enough people.

He eventually discovered the newsletter publishing business.  It was a way to allow Paul to help people from all walks of life.

Since then, Paul Mampilly has been mainly a newsletter guy.   These investment newsletters are typically paid memberships to receive carefully researched stock picks.

So each month, he would typically recommend stocks you buy. Then keeps you updated with exit strategies and projections for each of them.

The newsletters Paul has worked include Palm Beach Letter, FDA Trader for Agora Financial, and Professional Speculator for Stansberry (Now Banyan Hill Publishing), which had a very short life…

So he’s jumped around a lot, which is common in the newsletter publishing business, especially if the newsletters are unsuccessful at quickly building and sustaining a certain level of readers.

But please keep in mind that not having a big readership doesn’t mean these newsletters had bad investing records.

In 2016 he also launched his flagship newsletter Profits Unlimited (Not to be confused Larry Landers Profits Unlimited software…Red flag alert!).  Which at the time of this post now has over 90,000 subscribers.

So it appears Paul Mampilly is indeed legitimate.

Many scam reviews targeting Paul Mampilly and Profits Unlimited newsletter have populated the web. At the same time, looking at many of these reviews over.

I kept discovering conflicting or incorrect details about Paul or his newsletters.  To be honest, many of them were biased reviews to convince you into other biz ops.

The supposed  Profits Unlimited scam is a farce.  I thought it would be important to mention some of the results that Paul has been able to achieve for his readers.

Why do I say that?

After launching his Profits Unlimited newsletter. Many picks have had major success.

On the popular blog, Stockgumshoe.com Profits Unlimited has been rated 4 out of 5 stars base on 583 votes.  Further confirmation that he is doing something right.

Of course, there have also been losing trades Paul has recommended, and the details these losses on his site as well.

When you tally it up, managing billions of dollars on Wall Street. Retiring by 42.  Having over 90,000 subscribers of Profits Unlimited.

Paul has amassed himself a nice little windfall.  As of March 2019, his net worth has been estimated at over 50 Million dollars. And that number is steadily increasing.

Ultimately, it’s up to you to decide. If you think he is someone worth your time to follow or spend your money on.

After doing my due diligence, I personally don’t believe Paul Mampilly is a scam artist. Unlike other shady advisors at Banyan Hill Publishing like Matt Badiali. Paul Mampilly appears to be the real deal.

His newsletter also appears to be legitimate, too, unlike other sketchy services at Banyan Hill Publishing like US freedom checks or Cash for Patriots program from Agora Financial.

Ultimately, negative reviews come with the cost of doing business in this industry.  It’s a zero-sum game.  When you are sharing information on investing and making money, there are always going to be winners and losers.  Unfortunately, the losers tend to be more vocal.

Please understand this is not a ringing endorsement for any of his newsletters.  I will never endorse a product or service I am not subscribed to or have purchased.  My mama raised me right. But the man behind these newsletters appears to be genuine.

Here’s a quote from Paul Mampilly on ideamensch.com

The one strategy that I make sure to implement is to have my priorities right. In the newsletter publishing business, that means you must always, always put your readers first. If you put making money for yourself ahead of doing the right thing for your customer, that business model will snowball into a problem down the road. So by having your priorities in line when you start any new project, you’re setting yourself up to be more successful.

I’m Willie, the guy behind IM Reviews. I began researching how to make money online back in 2017. I realized then that there are so many opportunities out there… some were legit but most were not. Trust me I learned that the hard way. With thousands of dollars of my hard-earned money spent looking for my magic bullet. It even reached a point where it was affecting the well-being of my family. I started this website to help others avoid my pitfalls and shortcut their path to success. Its been a great experience and I’ve been delighted by how much the site has grown in such a short period. I’m looking forward to continuing to share more information with you about this important topic.

IM Reviews is a participant in the Amazon Services LLC Associates Program, an affiliate advertising program designed to provide a means for sites to earn advertising fees by advertising and linking to Amazon.com. IM Reviews also participates in affiliate programs with Clickbank, ShareASale, and other sites. IM Reviews is compensated for referring traffic and business to these companies.

pop-ups are as exciting as well...
touching a cactus.

But I stumbled on to a simple 4-step process that changed my life. Wanna see how I did it?

Yes! Show me how you make money online!
Nah, I'm not about that life